Howdy! Maki here with my post Katsucon blog. I’m sorry it has taken so long, but I immediately went from Katsucon to NJ for a burlesque show (separate post about that later). Now that I am back; let the madness begin. This convention went a bit differently than the last con I wrote about (see NYCC blog). For one; was given the opportunity to be a guest interviewer for Nerd Caliber, a website dedicated to all things nerdy. Two; THERE WAS A BLIZZARD that decided to touch down right on the eve of the convention, appropriately dubbing it KatSNOWcon Pt 2.  Last, but certainly not least; that weekend marked the 1 year anniversary of my boyfriend and I! Those factors, and more, aided in my Katsucon adventure.

The Good
– Sharing a 3 bedroom suite at the Wyndham resort with my favorite person. It really made the scramble to finish last minute costume pieces that much easier. Seriously. We could watch Space Dandy while spray painting armor pieces on our balcony. It was pretty fantastic.

– Space Dandy’s BooBies costumes with my favorite girls ever! It was awesome that for such a new show, the costumes were very recognizable

– Finally being able to debut my Headhunter Nidalee armor after spending about 3 months of day to day work on it. The response was generally favorable and I was ridiculously happy to see so many other Nida fans!

– Being able to interview over a dozen talented cosplayers for Nerd Caliber. I was able to overcome my fear of public speaking and just do it.

– ARMOR EVERYWHERE: Katsucon is known to bring out the “heavy hitters” in cosplay and this year was no exception. I was completely blown away by how much beautiful armor there was this year.

The Bad
– Trudging through 5 – 6 inches of snow in super skimpy costumes (luckily Kigurumis were invented).

– The infamous Gazebo hype. I was a little disappointed that it was relatively tame for the attention it was getting, but it was still rather hilarious to see people battle over having the exact same shot.

– Almost passing out during a photoshoot due to lack of nourishment. Protip: pack some snacks in case you’re running around without time to grab lunch. Almost falling out in armor = not fun.

– All of the Elsa jokes regarding the weather (hearing “man Elsa really let it go” wasn’t as clever the 100th time around).

The Cosplay
Here is the part where I highlight my Top 5 favorite costumes from the con and give my reasons why! All pictures and videos come courtesy of Darren OSG Photographs, M.G. Norris Contemporary Photography, M23 Images and Nerd Caliber!

Dat wig. DAT WIG!!!! Nui is probably one of my least favorite characters in Kill la Kill BUT her character design is super challenging, especially her hair. Nekonami did a fantastic job of translating those crazy drill curls into wearable art. Plus she was super cute and in character to boot.

4) Cosmosfox as Shiny Gyarados from Pokemon

This costume is super gorgeous and super detailed; it’s hard to take your eyes off of it. Inspired by fanart, this classic take on a Pokemon favorite grabbed my attention immediately. Check out more on this costume in her Nerd Caliber Interview

FRILLS!!! ALL OF THE FRILLS!!! Not only is Sami gorgeous, she has the ability to make a totally convincing and equally gorgeous Rule 63 costume. I am normally not a fan of genderbends, but this one is chic, appropriate and very pretty.

When I saw Sarah of Hikoori cosplay I had to interview her. I didn’t know who or what she was cosplaying from, but her costume drew me in. Upon finding out that the costume was based on her own original character, I also discovered that it was her first time making armor. What I felt from then was a combination of “HOLY CRAP HOW AWESOME” and “I AM NOT WORTHY”. Definitely looking forward to more things from her. Check out her costume in more detail with our interview from Nerd Caliber.

1) Kelsah Cosplay as Dark Valkyrie Diana from League of Legends

Kelsah has it all. Beauty, craftsmanship and of course, armor. Fellow League cosplayers always hold a special place in my heart, but having never seen a Valkyrie Diana, I instantly went to a happy place. See more of her costumes and details on construction in our Nerd Caliber interview

CONCLUSION
I’ve been going to Katsucon for the past 7 years and I have to say this was my favorite. Although there were a lot of hiccups, I had a great time hanging out with my friends and enjoying the Gaylord. Over time the venue has really grown on me and I look forward to attending next year. Thank you again to Nerd Caliber for allowing me to interview for them. It was a pleasure. Next con on deck is Awesome*Con! Until next time, convention crawlers. 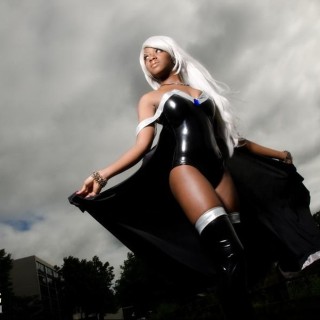